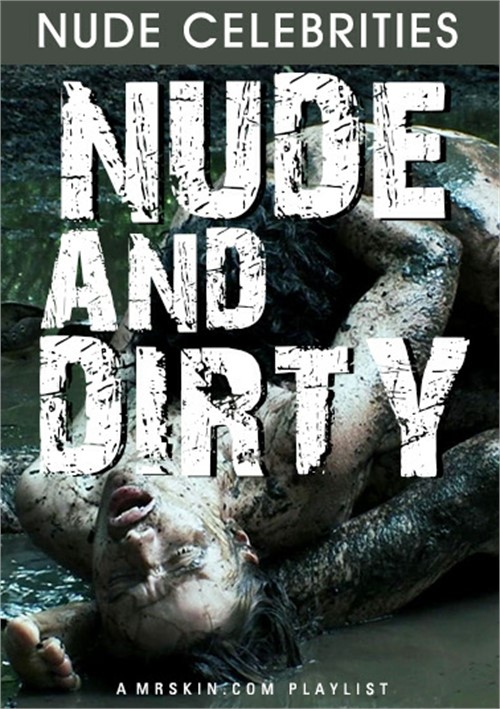 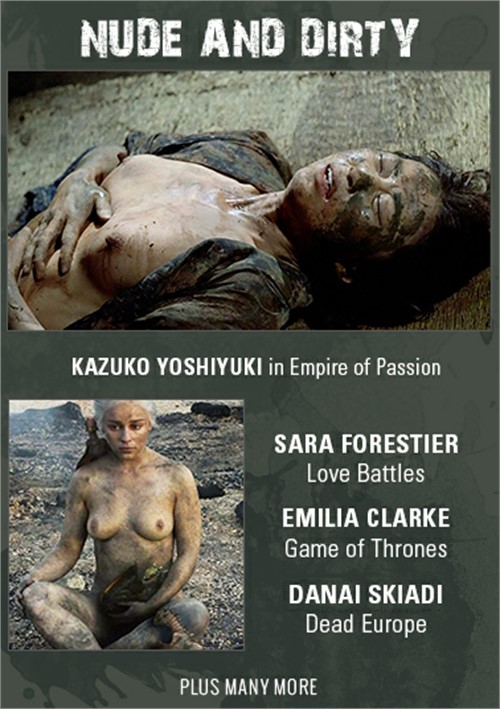 Nude and Dirty
Looking to get down and dirty? These amazing women have all gotten nude while also getting dirty, which gives a whole new meaning to the word filthy! So many filthy babes, so little time. That's why this Playlist is like a gift from filthy heaven, because it just keeps on dishing out the dirty delights until you just can't take it anymore! We see Emilia Clarke's dirty rack, literally, as she emerges from a distinguished fire, naked and baring baby dragons on the first season finale of Game of Thrones Full on nudity from Sara Forestier as she gets down and dirty with her dude in Love Battles It's two great tastes that taste great together as Carole Laure gets totally nude and doused in chocolate sauce for a perv-formance art piece . . . of ass in Sweet Movie See Pell James' bells again as Matt Dillon pulls her out of the cage. Then a great shot of her butt and just a flash of full frontal as they open up another barn and free more naked prisoners in Pawn Shop Chronicles Danai Skiadi goes for a fully nude frolic with her cousin and another dude in Dead Europe Get dirty to a long scene featuring Kazuko Yoshiyuki's long nipped peaks covered in mud in Empire of Passion In A Darker Reality, dirty captive Heather Howe pulls out her scrumptious right boob and entices a guy with it. A dirty, bruised Monic Hendrikx hoses down in the shower. The dirt is washed away to reveal awesome boobs and pubes in Unfinished Sky In The Big Bird Cage, Teda Bracci's titties flip, flop and flail during an outdoor fight with Pam Grier that literally gets down and dirty In Young Goethe in Love, Miriam Stein and her man do it outside in the dirty. Seeing her naked B-cups will make you feel a little dirty, too Laura Antonelli gets down and dirty in a sexy, humpy beach pile-up, showing her sandy seat and seaweedy left snobbo in Simona Amanda Ooms wakes up, post-wolfy, nude in the bushes, covered in dirt. She walks into a house and we see her titties in the shower in Wilderness Genevieve Lemon is sweet(ie), not sour, as she shows it all completely nude in a treehouse in Sweetie Rina Koike's a dirty, dirty girl as she mud wrestles with another chick, who exposes Rina's rack in Girl's Blood In Road to Salina, we get a few decent tittie shots as Mimsy Farmer has some sex on the sticky sand Ginger Pullman has her 'husband' tied up to the wall, which gives her the perfect opportunity to push her filthy, 3-nipped flapjacks in his face in The Millennium Bug Monic Hendrikx rolls down a hill, and her heinie gets exposed in De Poolse Bruid In Quest For Fire, Rae Dawn Chong is sporting a stylish fur wrap, but her lovely butt and left snoob will not be contained, popping out as she runs from a bear. In Van de koele meren des doods, Renee Soutendijk is locked up in an asylum, screeching and scratching and flinging herself around and puking like it was going out of style. The views of her three B's might make you crazy . . . with lust! See Jessica Helmer's hooters when she lies, naked and dead and bloody and dirty, in bed next to a bearded dude in The Devil's Rejects Bare-assed Pilar Orive and her naked right hoot exact some desert justice as she guns down her captor in Caged Women Erica Roby wakes up by the fire, showing off a lovely outfit consisting of a ragged skirt, UGG boots, and bare breasticles in Hillside Cannibals Laura Ramsey is filthy but fabulous when she wanders around in a skimpy outfit in The Ruins Some brief butt from Sitora Farmonova as she gets into a bubble bath in Baikonur

Up To No Good

The Babysitter Is Back